Atmospheric aerosols are very tiny solid or liquid particles suspended in the air. They serve as condensation nuclei for a cloud droplet. So without aerosol particles, clouds could not exist. Although they are present in only very low concentration, they have been identified as key players in numerous processes, such as regulating global climate. They affect the climate as strongly as greenhouse gasses, but acting to cool the Earth when scatter incoming solar radiation. Since more aerosol particles mean more clouds seeds, it results in bigger and brighter clouds, particularly to clouds with longer lifetimes.

On the other side, they also form black carbon particles, unlike most atmospheric aerosols, absorbing solar radiation and thus have a warming effect on the planet. Black carbon is also one of the major precursors of fine particulate matter, e.g., PM2.5, the most harmful form of air pollution. Exposure to such pollutants is linked to increased cardiovascular and respiratory illnesses and even leads to premature death.

Atmospheric models were developed to simulate these impacts. For example, climate projections help us understand how various carbon emission policies would affect the future climate. These models are currently quite uncertain because of the complex nature of the heterogeneous processes in aerosols, which need to be implemented into a set of mathematical equations. Identifying the major chemical compositions, spatial distributions, and precursors of atmospheric aerosols is, therefore, a key requirement for the parametrization of such models. In this regard, cloud chamber experiments allow measuring real-time aerosol formation under well-defined and controlled laboratory conditions and provide kinetic data of aerosol nucleation in different environments, directly comparable to the field measurements. Unfortunately, there is a considerable variation of results from different laboratories, even in the range of several orders of magnitude. We believe that this issue can be overcome by understanding the molecular-level chemistry of the nucleation process, step by step, in a series of elementary reactions. Our ambition is to provide size- and composition- selective kinetic data of the nucleation process and together with the knowledge from aerosol chamber experiments, e.g., identifying nucleating precursors, to improve the next generation of climate models.

In our laboratory experiment, we generate subnanometer-sized particles with complete control of composition and size. They are stored in the ion trap, in which nucleation occurs via the collision and subsequent uptake of neutral absorbates. The mixture of precursors and products is then detected at variable storage times. By applying kinetic modeling, the nucleation rates are determined. In addition to kinetic studies, the temperature-dependent experiments reveal activation energies, which, combined with size-dependent studies, yield the critical particle size, i.e., the minimum size from which the particle is thermodynamically stable. 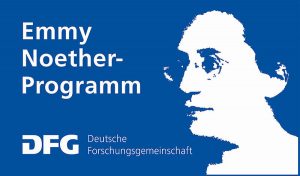